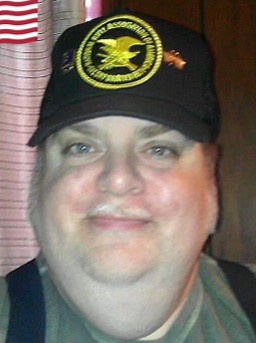 Please share a memory of David to include in a keepsake book for family and friends.
View Tribute Book
David C. Lenhart, 57, of Clarion, passed away Wednesday, December 1, 2021. He was born on April 24, 1964 in Oil City, PA to the late James Harold (Duck) and Helen (Guth) Lenhart. David grew up in Lucinda with his big brother and many cousins. He was a 1982 graduate of North Clarion High School. After graduating, he served in the U.S. Airforce for a short time before returning to Clarion County. Through the years, David had held various positions and worked several places. He really enjoyed his time with his family and friends, especially Rita. David enjoyed playing video games, movies, target shooting, his cats and his chickens. He had a quirky sense of humor that always made everyone smile or chuckle. David was strong willed and followed his belief in God. He will be sadly missed by his longtime special friend, Rita Wingard; his nephews: Tim Lenhart and his wife Marlene and their children of Knox, Charles Lenhart of Clarion, and Joe Lenhart of Sarver; and many cousins, especially Debi Kaltenbach. In addition to his parents, David was preceded in death by his only sibling, James E. Lenhart. Arrangements are being handled by Borland-Ensminger Funeral Home, Inc. in Leeper. A private memorial service will be held at the convenience of his family. His final resting place shall be with his parents as per his wishes at St. Joseph Cemetery in Lucinda. In lieu of flowers, donations may be made to St. Joseph Cemetery Fund P.O. Box 9, Lucinda, PA 16235.
To plant a beautiful memorial tree in memory of David Lenhart, please visit our Tree Store

Look inside to read what others have shared
Family and friends are coming together online to create a special keepsake. Every memory left on the online obituary will be automatically included in this book.
View Tribute Book
Services for David Lenhart
There are no events scheduled. You can still show your support by planting a tree in memory of David Lenhart.
Plant a tree in memory of David