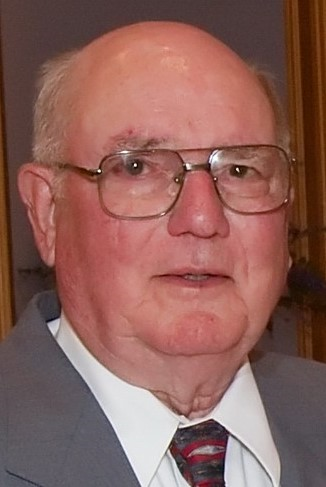 Please share a memory of Carl to include in a keepsake book for family and friends.
View Tribute Book
Carl F. Ochs, 88, of Lucinda, passed away on Tuesday, March 29, 2022, at the home of his son, Fred Ochs, with whom he had resided since 2013. Born May 14, 1933 in Oil City, Carl was the son of the late Martin and Eulalia (Wolbert) Ochs. On September 11, 1954, he was married to Delene Fesenmyer, who preceded him in death on November 28, 2011. Carl graduated from St. Joseph High School in Lucinda and was a lifelong member of St. Joseph Parish, where he served as an usher. He was self-employed as a truck driver until his retirement. He enjoyed hunting and nature, vegetable gardening, bird watching, and traveling. Carl is survived by eight children: Carl J. Ochs and his wife, Carolyn, of Fischer, TX; Jeffrey J. Ochs and his wife, Cindy, of Springfield, VA; Keith R. Ochs of Ashburn, VA; Daniel J. Ochs and his wife, Sue, of Lucinda; Frederick A. Ochs of Lucinda; Theresa A. Young and her husband, Jerome, of Butler; Michelle M. Hughes and her husband, Butch, of Leeper; and Andrew J. Ochs and his wife, Brenda, of Lucinda. Carl is survived by two sisters: Cecilia C. Schill and Lois M. Ochs, both of Lucinda; two brothers: Gerard M. Ochs of Lucinda and Nicholas J. Ochs and his partner Margie George of Sun City, AZ; one brother-in-law, John J. Dechant and his wife Lorraine of Franklin; along with numerous sisters-in-law and brothers-in-law from the Fesenmyer family. Carl is survived by 24 grandchildren: Melissa, Alex, Melody, Stephanie, Kristen, Ethan, Gabrielle, Desiree, Adam, Danny, Anthony, Josh, Miranda, Katelynne, Emma, Grace, Abby, Leanna, Amanda, Zack, Cameron, Karlie, Brandon and Allison; 13 great-grandchildren, along with numerous nieces and nephews. In addition to his parents and wife, he was preceded in death by his son, Michael A. Ochs; two sisters, Cyrilla H. (Sally) Dechant and Barbara Jean Schill; sisters-in-law Sally Ochs, Nancy Nesbit, and Diane Ochs; and brothers-in-law Walter J. (Sonny) Schill, and Richard F. (Dick) Schill. Mass of Christian Burial will be held on Friday, April 1, 2022, at 11:00 a.m. at Saint Joseph's Church in Lucinda, with the Rev. Michael Polinek, pastor, as celebrant. A visitation for family and friends will be from 10:00 – 11:00 a.m. in the church. In lieu of flowers, the family suggests memorial donations be made to Saint Joseph's Church or Saint Joseph's School, 112 Rectory Lane, P.O. Box 9, Lucinda, PA 16235. Arrangements are entrusted to Borland-Ensminger Funeral Home, Inc. in Leeper.
To send flowers to the family or plant a tree in memory of Carl Ochs, please visit Tribute Store
Friday
1
April