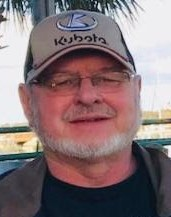 Please share a memory of Douglas to include in a keepsake book for family and friends.
View Tribute Book
Douglas Keith Marshall, 68, of Leeper, passed away Wednesday, October 20, 2021 after a long battle with cancer. He was born November 28, 1952 in Brookville, the son of the late Vaughn and Doris (Carbaugh) Marshall of Leeper. Douglas was a graduate of North Clarion High School in 1971 and served in the US Army during the Vietnam era. He was in the last group that was ever drafted. He was a member of the American Legion Post 66. Douglas married the love of his life Carol Zacherl on September 11, 1971 at St Michael Church in Fryburg. They recently had celebrated their 50th wedding anniversary. He worked as a heavy equipment operator for A P Weaver & Sons until their closing. He then drove truck for Burns Farms, Marianne Industries, Joes Garage and then retired from Triple S Recycling. After retiring, he worked for Clarion County as a park ranger. Douglas enjoyed hunting, eating out with friends and watching TV. He was especially fond of his 3 cats, Moe, Pearl, and Butch. Douglas also attended and was a member of St Mary Church in Crown. Douglas is survived by his wife Carol; daughter Michelle Asel and her husband Gary; grandson Legend Asel; a sister Barbara Becker and her husband George all of Leeper. He is also survived by brother-in-laws, Robert (Cathy) Zacherl of Marble, Louis (Mary) Zacherl Jr. of Lucinda, Francis (Sharon) Zacherl of Venus, Clarence Siegel of Tionesta and a sister-in-law, Peg Zacherl of Tionesta. He was preceded in death by his parents, brother-in-laws, Michael Zacherl of Tionesta, William Zacherl and his wife, Brenda of Knox, and sister-in-law Mary Ellen Siegel of Tionesta. A mass of Christian burial will take place on Saturday, October 30, 2021, at 10:00am at St Mary Catholic Church in Crown, with Rev. James Power, pastor, as celebrant. Interment will take place following at St Mary Catholic Cemetery in Crown. Memorial contributions may be made in Douglas' honor to the Northwest Hospital Medical Oncology, 100 Fairfield Dr, Seneca, PA 16346 or Tri County Animal Rescue, 9562 US 322, Shippenville, PA 16254. Arrangements were entrusted to the Borland-Ensminger Funeral Home, Inc. in Leeper.
To send flowers to the family or plant a tree in memory of Douglas Marshall, please visit Tribute Store
Saturday
30
October