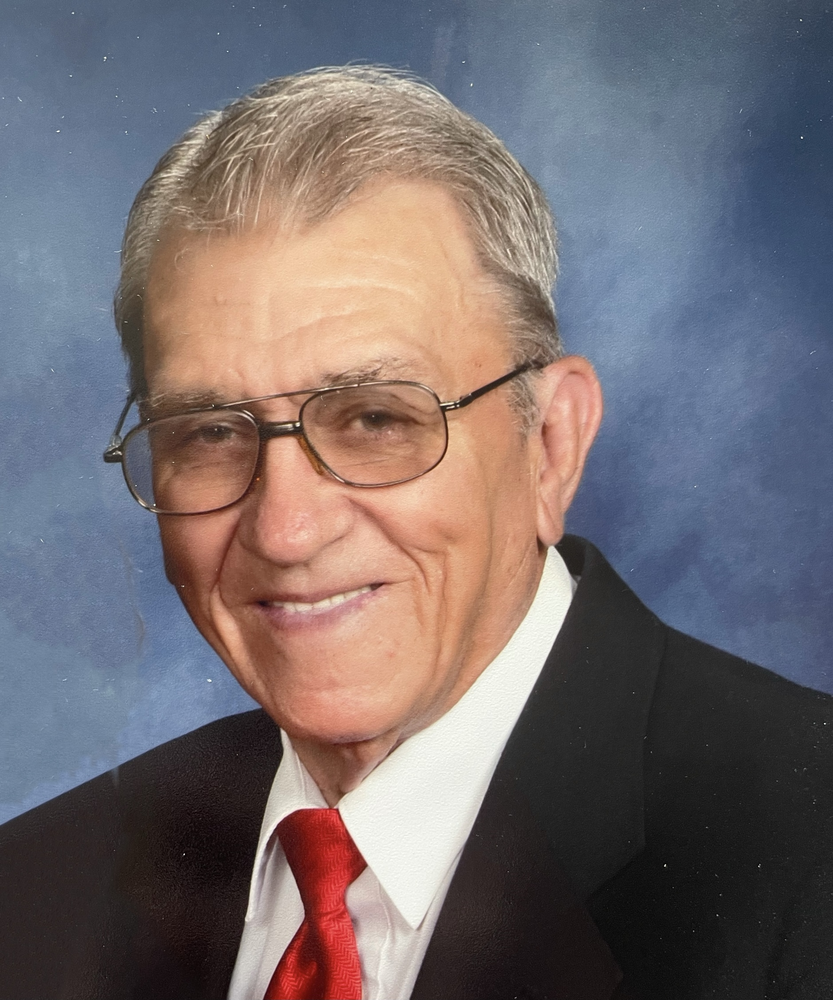 Please share a memory of Dennis to include in a keepsake book for family and friends.
View Tribute Book
Dennis L. Hartle, Sr., 84, of Lucinda, passed away Friday, July 30, 2021 after an extended illness. Born November 17, 1936, in Shippenville, he was the son of Ambrose and Ruth (Schrum) Hartle. He graduated from Farmington High School in 1954 and served in the United States Marine Corps. On November 14, 1959, he was married to JoAnn Schwabenbauer, who survives. Dennis was an active member of St. Joseph's Church in Lucinda and a member of the Knights of Columbus. He was an usher and a volunteer for church dinners, especially the Fourth of July picnic on the "potato crew." He enjoyed being outdoors, taking walks on the railroad tracks with his children, feeding the birds and squirrels, and gardening. He loved spending time with his children and grandchildren. Dennis retired from PennDot after 26 years. He also drove truck for numerous local companies and drove students in a school van, which he really enjoyed. Surviving in addition to his wife are six children. Dennis Hartle, Jr. and significant other, Ellen Holt of Tionesta; Mary Anne Hulings and her husband Grant of Fairview, PA; Cathy Bauer and her husband Jeff of Tionesta; Susie Griebel and her husband Alan of Lucinda; Mike Hartle and his wife Tanya Rossi of Campbell, OH; and Melissa Bauer and her husband Derek of Lucinda; twelve grandchildren, Megan Hulings, Kaitlin Hulings and her fiancé Brandon Kruse, and Shannon Hulings; Jenny Bauer and her fiancé Christian Cyphert, Kelly Bauer, and Jacob Bauer; Ethan Griebel and his fiancé Michelle Baumcratz, and Isaiah Griebel; Mackenna Bauer; Isabella Rossi, Dominic Rossi, and Joshua Hartle. Also surviving is one brother, Joseph Hartle and his wife Norma of Conway, SC and numerous nieces and nephews. In addition to his parents, he was preceded in death by his sister, Carol Harper, and an infant daughter, Victoria. Mass of Christian Burial will be held Wednesday, August 4th, at 10 a.m. at Saint Joseph's Church in Lucinda, with the Rev. Michael Polinek, pastor, as celebrant. A visitation for family and friends will be from 9 – 10 a.m. in the church. The family would like to extend their gratitude and thanks to the nurses and caregivers at Shippenville Healthcare and Rehabilitation. Interment will be in Saint Joseph's Cemetery. In lieu of flowers, the family suggests memorial donations be made to Saint Joseph's Church and/or Saint Joseph's School,112 Rectory Lane, P.O. Box 9, Lucinda, PA 16235.
To plant a beautiful memorial tree in memory of Dennis Hartle, please visit our Tree Store

Look inside to read what others have shared
Family and friends are coming together online to create a special keepsake. Every memory left on the online obituary will be automatically included in this book.
View Tribute Book
Services for Dennis Hartle
There are no events scheduled. You can still show your support by planting a tree in memory of Dennis Hartle.
Plant a tree in memory of Dennis