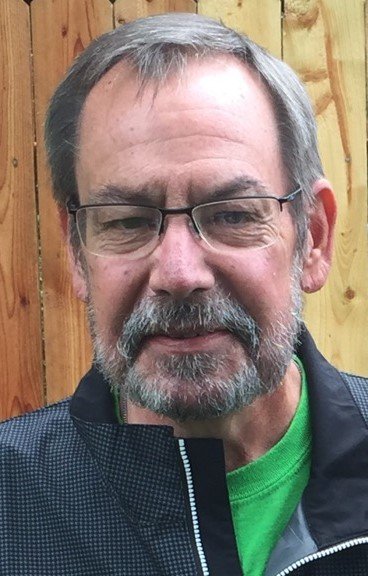 Please share a memory of Mark to include in a keepsake book for family and friends.
View Tribute Book
Mark F. Rathfon, 64, of Clarion passed away at Penn Highland Dubois Hospital on Sunday, June 20, 2021. Born April 1, 1957, he was the son of Calvin and Mary Jane Obenreder Rathfon of Leeper. He married his best friend, Sheila Carroll in August 1977. He graduated in 1975 from North Clarion High School. Mark proudly served in the United States Air Force as a Missile Security Squadron Sergeant for four years at Minot Air Force base in North Dakota. Upon returning to Pennsylvania, he became a loyal member of the American Legion Craig E. Fleming Post 66. Mark worked in the golf industry for a number of years making many good friends wherever he went. His passions were family first, golf and loved challenging anyone to music or movie trivia. He was a faithful follower of his two favorite teams, the Miami Dolphins and the Louisville Cardinals. Mark was a founding member of the Wood Duck Hollows Ducks Unlimited Chapter and he looked forward to their banquets for over 27 years. Surviving in addition to his wife, Sheila, is his son Ben Rathfon and his wife, Brandice and their new baby Fiona, of Pittsburgh. Also surviving is his brother, Rick Rathfon and his wife Susan, of Shippenville, as well as a number of very special nieces and nephews. In addition to his parents and his in laws, Charles and Margaret Carroll, he was preceded in death by his oldest son, Brian, his sister, Elaine Kline, and his nephew, Scott Kline. Just recently his oldest brother, Stanley R. Rathfon passed away. Family and friends will be received Thursday, June 24, 2021 from 2:00pm to 4:00pm and 6:00pm to 8:00pm at the Borland-Ensminger Funeral Home, Inc. in Leeper. A mass of Christian burial will be held on Friday, June 25, 2021 at 10:00am at St. Marys Church in Crown, with the Rev. James Power, pastor, as celebrant. Interment will follow at St. Marys Cemetery. Donations may be made in Mark's memory to the Clarion Forest VNA Hospice, 271 Perkins Road, Clarion, PA 16214 or The American Legion Ladies Auxiliary Scholarship Fund, P.O. Box 286, Clarion, PA 16214. As a final tribute to Mark we hope all his family and friends will tee it high and let it fly!
To send flowers to the family or plant a tree in memory of Mark Rathfon, please visit Tribute Store
Thursday
24
June