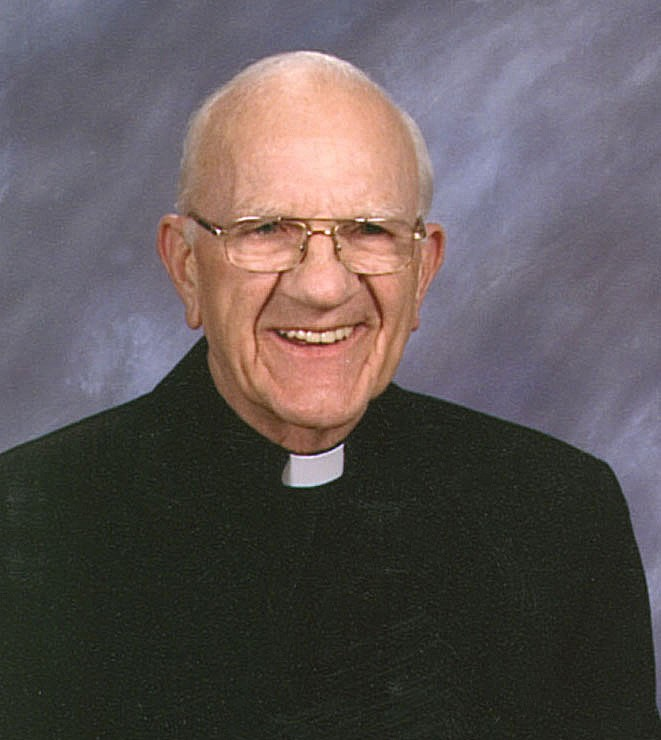 Obituary of Paul A. Schill

Please share a memory of Paul to include in a keepsake book for family and friends.
View Tribute Book
The Reverend Paul A. Schill, 93, died Thursday, June 3, 2021 at St. Mary's Home at Asbury Ridge. Father Schill was born on January 29, 1928 in Snydersburg, Pennsylvania, the son of Frank X. and Bertha M. (Griebel) Schill. He attended St. Joseph's Grade School and High School in Lucinda and in 1951 he was drafted into the United States Army and served as an infantryman in the Korean War. In 1955, he was accepted into St. Mark Seminary in Erie with studies at Gannon College. He completed his formation for the priesthood at St. Mary's Seminary and University in Baltimore, Maryland, and was ordained to the priesthood at St. Peter Cathedral by Bishop Edward McManaman on May 23, 1963. Father Schill began his priestly ministry at St. Luke Parish in Erie where he served as Parochial Vicar from 1963-1966. In 1966 he was appointed Parochial Vicar of St. Francis of Assisi Parish in Clearfield and in 1968 he was named to the same position at St. Brigid Parish in Meadville. While in Meadville, he also served as Chaplain of Spencer Hospital. In 1973, after a brief stint as Parochial Vicar at Sacred Heart Parish in Sharon, he was assigned to St. Michael Parish in Greenville where he served as Parochial Vicar until 1974. Father Schill was named Pastor of St. Gabriel Parish, Port Allegany, in 1974 and he remained in that position until 1992. From 1993 to 1998, Father Schill served as Parochial Administrator of St. Anthony Parish in Walston. In 1998, he was named Senior Associate of St. Michael Parish, Greenville, where he remained until his retirement in 2008. Father Schill was a proud member of the Knights of Columbus. He also enjoyed gardening, spending time at the family camp, and he devoted a lot of his time to the less fortunate. Father Schill was preceded in death by his parents, his siblings: Agnes Kerle, Raymond Schill, Stella Zacherl, Helen Miller, Bernard Schill, Hilda Zacherl, Jerome Schill, Sister Edna Schill, Bernice Bowser, and Peter Schill. He is survived by a sister in-law, Germaine Schill, of Clarion, PA. and numerous nieces and nephews. Visitation will be on Tuesday, June 8 from 3:00-8:00pm at the Borland-Ensminger Funeral Home, 32936 Route 66, Leeper, PA 16233. Further visitation will take place on Wednesday, June 9 from 9:00-10:50am at St. Joseph Church, 84 Rectory Lane, Lucinda, PA 16235, followed by the Funeral Mass at 11:00am with Bishop Persico as the main celebrant. Memorial donations may be made to St. Joseph Catholic Church, P.O. Box 9, Lucinda, PA 16235 or Diocese of Erie, St. Mark Catholic Center, 429 E. Grandview Blvd. P.O. Box 10397, Erie, PA 16514-0397.
To send flowers to the family or plant a tree in memory of Paul Schill, please visit Tribute Store