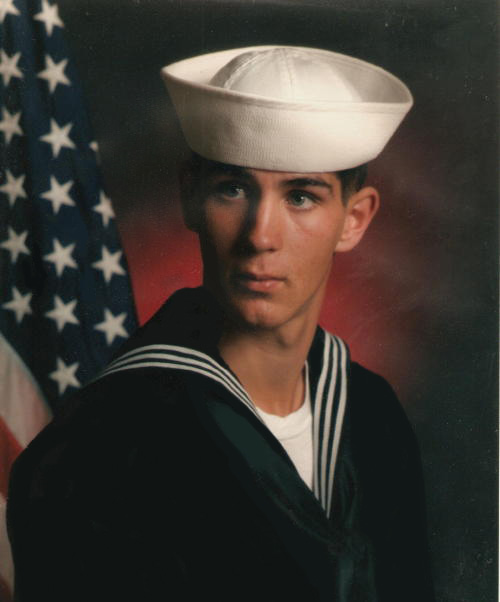 Please share a memory of John to include in a keepsake book for family and friends.
View Tribute Book
John Joseph “Jay” Fickenworth, 52, of Tylersburg, passed away peacefully on Wednesday, December 23, 2020 while at home after a lengthy and courageous battle with many medical complications. Born on October 19, 1968, Jay was the son of the late John L. “TJ” Fickenworth and Thelma M. “Toni” Fickenworth who still survives with her longtime friend and second father to Jay, Ronald Wetzel of Callensburg. He is also survived by two sisters, Theresa and her husband John Stoughton of Lickingville and Sylvia and husband Jay Lesko of Tionesta, two sons Joshua Fickenworth of Cranberry and Lawrence “LJ” Fickenworth of Corsica, a daughter Brinnalyn Bish of Clarion, a niece Shayla Codispot of Lickingville, two nephews Bri Walker of Strattanville and Tyler Walker of Beaver Falls, and he was a GREAT uncle to Aubrey Ganci and Jayla Bruno both of Lickingville and Nathan Roberts of Apollo. In addition to his father who preceded him in death in June 2002, Jay is also preceded in death by his paternal grandparents Mildred and Joseph Fickenworth and maternal grandparents Agnes and Joseph Grace of Erie. Jay graduated from North Clarion High School in 1986 where he loved to play baseball. After high school he headed to San Diego to pursue his dreams and joined the United States Navy where he served his basic training. He then went on to Great Lakes in 1987 and completed USN Electrician School with honors. In 1988, he was assigned to the USS Dale ported out of Mayport, FL and completed USN Boiler Inspection/Technician training. In 1989, he was assigned to the USS Semmes ported out of Charleston, SC as a Boiler Technician until 1991 when he transferred to Norfolk, VA aboard the USS Constellation where he served until his Honorable Discharge from the US Navy as Petty Officer 2nd Class BT2 in April 1993. Jay stayed on with the USN Reserves and was again Honorably Discharged from the USNR in October 1994. After retiring from the USN and USNR Jay pursued a career with Norfolk Southern Railroad for many years until his health declined due to Crohn’s Disease. That didn’t stop his motivation though, he enjoyed and would do construction and odd jobs for many people just to keep himself busy. He was a very dedicated, compassionate, friend and a hard worker that put his best into anything he had to tackle and was really good at it too! Jay had many friends and was a great friend to everyone. He had the biggest heart and meant well in everything he did. He would give the shirt off his back to help anyone that needed it. He was an avid hunter and fisherman, he enjoyed collecting guns and coins, playing any kind of small games of chance, playing pool, and he loved his Cleveland Browns! He most recently had a dream goal to get well enough to travel out West to go hunting because it was something that he had always wanted to do. He belonged to several Military and Veterans Clubs in the surrounding area and played on a pool league when he was well enough and able to for the past couple of years. Jay was dearly loved and will be sadly missed mostly by family and many friends alike, but he will never be forgotten for his kindness, loving ways, and his contagious smile. May he now be free of any pain that he was enduring and be at peace. Have a beer with dad up there big brother! Until we meet again…we love you! A private service for the family will be held at a later date at the family’s “Camp” where Jay loved to spend all of his spare time. Borland-Ensminger Funeral Home, Inc. in Leeper were entrusted with the arrangements.
To plant a beautiful memorial tree in memory of John Fickenworth, please visit our Tree Store

Look inside to read what others have shared
Family and friends are coming together online to create a special keepsake. Every memory left on the online obituary will be automatically included in this book.
View Tribute Book
Services for John Fickenworth
There are no events scheduled. You can still show your support by planting a tree in memory of John Fickenworth.
Plant a tree in memory of John