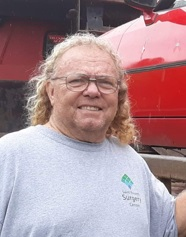 Please share a memory of Donald to include in a keepsake book for family and friends.
View Tribute Book
Donald F. “Red” Snyder, 71, of Lucinda, was tragically taken from this life in a motorcycle collision. Red was born in Brookville, PA on April 15, 1949 to the late William H. and Lois A. Walters Snyder. After serving in the U.S. Army, Red was self-employed owning Chris and Red’s Discount Variety, Midway Auction Barn and was part owner of S & W Autobody, where he spent most of his life as a mechanic. He was a member of the RMEF (Rocky Mountain Elk Foundation). Red enjoyed many things in life besides his family, hunting, cars, drag racing, collecting vinyl records, going to the casino and especially riding his motorcycle. He is survived by his sons, Scot A. Snyder and his wife Lucy, of Venus, PA and Eric E. Snyder and his wife Staci, of Lucinda, PA; a grandson Gavin Snyder also of Lucinda. In addition to his parents, he was preceded in death by his significant other, Christine Borton, who passed away with him. Burial will take place at the convenience of the family. Arrangements are under the direction of the Borland-Ensminger Funeral Home, Inc. in Leeper, PA.
To send flowers to the family or plant a tree in memory of Donald Snyder, please visit Tribute Store