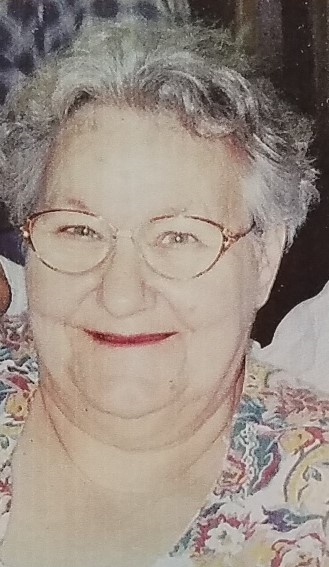 Please share a memory of Edna to include in a keepsake book for family and friends.
View Tribute Book
Edna Lucille Mealy, 86, of Pine Terrace, Shippenville, died Sunday, February 23, 2020 at her daughter's home in Lucinda. Born January 24, 1934 in West Hickory, she was the daughter of the late Edward and Lucille Howe Reese. Edna enjoyed being the mother and wife to her family. She was married on May 2, 1952 to the late James W. Mealy, who preceded her in death on June 27, 2009. Edna is survived by seven children: Walter W. Mealy and wife Sylvia, of Scotch Hill, James L. Mealy of Clarion, Chareles E. Mealy of Tionesta, John T. Mealy and wife Debbra Mealy, daughter Marien L. Wolbert and husband Joseph of Lucinda, Glen A. Mealy of Shippenville, and Franklin E. Mealy of Shippenville; five grandchildren and five great grandchildren; a brother and two sisters. In addition to her parents and husband Mrs. Mealy was preceded in death by four brothers, a sister, and one grandchild. Friends and family will be received on Wednesday, February 26, 2020 from 10:00am to 11:00am at the Good Shepherd United Methodist Church, 9870 Route 36, Tionesta, PA 16353. Funeral services will follow at the church at 11:00am. Interment will follow at the Scotch Hill Cemetery. Arrangements are entrusted to the Borland-Ensminger Funeral Home, Inc. in Leeper, PA.
To send flowers to the family or plant a tree in memory of Edna Mealy, please visit Tribute Store
Wednesday
26
February