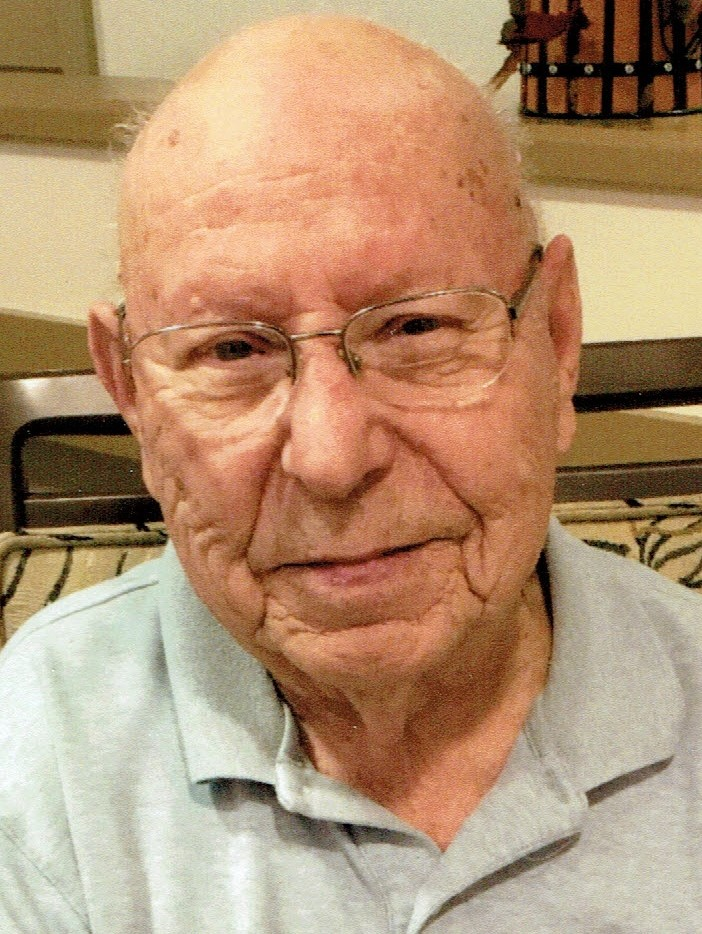 Please share a memory of Melvin to include in a keepsake book for family and friends.
View Tribute Book
Melvin C. Sandrock, 95, of Marienville, passed away Tuesday, June 25, 2019 at Clarion Hospital. Melvin was born in Lickingville, PA on October 30, 1923 to the late Andrew S. and Maymie Brooks Sandrock. On August 16, 1947, Melvin married Velma A. Mealy, who preceded him in death on June 21, 2006. He was a World War II veteran, serving in the Army Air Force. Melvin retired from Glass Containers in Marienville after working there for 40 years. Melvin was involved in numerous lodges and organizations. He was a member of the Acacia Lodge, Coudersport Consistory, Veterans of Foreign Wars of Oil City, director and former officer of the Wolf's 4th of July Association, former director and officer of the Gateway Knox Federal Credit Union, a member of the Forest Grange where he was a seventh degree, and was on the committee for the Cook Forest Easter Sunrise Service. He enjoyed traveling, in which he had visited all 50 states and visited several foreign countries. Melvin also enjoyed woodworking, gardening and hunting. Melvin was survived by his children: Lynnette O'Brien and her husband, Patrick, of Florida; Janice Rodgers and her husband, Clyde, of New York; Barry Sandrock and his wife, Denise, of Illinois; and Brian Sandrock and his wife, Lori, of Tionesta, PA; grandchildren: Andrea O'Brien, Megan (Joe) Harrick, Kenneth (Sally) Rodgers, Michael (Jaime) Rodgers, Robert (Tammy) Rodgers, Ashley (Seth) Martin, Emily (Steve) Pezzella, Dustin Sandrock, Casey (Maggie) Sandrock, and Jacob (Morgan) Sandrock; ten great grandchildren and one great grandchild on the way; two nephews and 4 nieces. In addition to his parents and wife, Melvin was preceded in death by two brothers, Millard and Harold Sandrock, and a sister, Helen Nicholson. Friends and family will be received Saturday, June 29, 2019 at the Good Shepherd United Methodist Church, 9870 Route 36 Tionesta, PA 16353, from 6:30 PM to 7:30 PM. There will be a Masonic service at the church prior to visitation beginning at 6:00 PM. The funeral service will begin at 7:30 PM following the visitation, with the Rev. Jonathan Bell as officiant. Interment will take place in the Lickingville Cemetery at a later date. In lieu of flowers, the family request you make a memorial contribution in Melvin's name to a charity of your choice. The family would like to thank the staff at Highland Oaks and Snyder Memorial Nursing Home for the great care Melvin received there.
To send flowers to the family or plant a tree in memory of Melvin Sandrock, please visit Tribute Store
Saturday
29
June