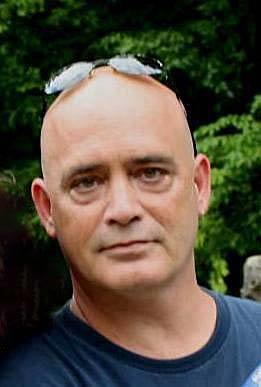 Please share a memory of Scott to include in a keepsake book for family and friends.
View Tribute Book
Scott Anthony Kline, 54, of Seven Valleys, Pennsylvania, passed away on Wednesday evening, March 27, 2019 at Hospice and Community Care of Mount Joy after his courageous battle with cancer. Born April 23, 1964 in Oil City, he was the son of the late Donald J. and M. Elaine Rathfon Kline. Scott married his high school sweetheart, the former Anna M. Beichner, on January 11, 1985 at St. Michael Catholic Church in Fryburg with Father Edward Stutz officiating. They were married 34 years. Scott served in the United States Coast Guard for over 20 years retiring as a Chief Storekeeper. Duty assignments included CG CPRO Governors Island, USCGC VIGILANT, CG Group Southwest Harbor, CG LORAN Station Seneca, CG Group Sandy Hook, CG ESU Cleveland and CG ELC Baltimore. His military decorations include the Coast Guard Commendation Medal, Coast Guard Achievement Medal, Commandant's Letters of Commendation along with various other personal and team awards. Following his active duty service, Scott continued to work as a Supply Systems Analyst at the Coast Guard at Surface Forces Logistics Center in Baltimore, Maryland for over 14 years. Scott was a lifelong hunter and fisherman who shared his love of the outdoors with his family and friends. He spent as much time as he could in the woods, shooting his bow, at the skeet range or by a roaring campfire making memories. He never sat still for long! Scott is survived by two sons: CPO Tyler J. Kline and his wife, Whitney, of Hanscom AFB, stationed at Coast Guard Base Boston, Massachusetts and Mitchell A. Kline of Seven Valleys, Pennsylvania. He is also survived by three grandchildren: Kane, Kolton, and Emma. In addition, he is survived by three brothers, Perry Kline and his wife Jenny of Lickingville; Shawn Kline and his wife Tami of Leeper; Todd Kline and his wife Amy of Clarion; and a sister, Stacie Kaye and her husband Matt of Leeper. Friends and family may call on Sunday, March 31, 2019 from 2:00 to 4:00 and 6:00 to 8:00 p.m. at the Borland-Ensminger Funeral Home, Inc. in Leeper. Military Honors will be accorded by the American Legion Post 66 on Sunday, March 31, 2019 at 2:00 p.m. A graveside service will be celebrated at 11:00 a.m. on Monday, April 1 at St. Mary Catholic Church in Crown with Rev. Christopher Barnes, pastor, as celebrant. The family requests that memorial donations may be made to Hospice and Community Care 4075 Old Harrisburg Pike Mount Joy, Pennsylvania 17552.
To plant a beautiful memorial tree in memory of Scott Kline, please visit our Tree Store

Look inside to read what others have shared
Family and friends are coming together online to create a special keepsake. Every memory left on the online obituary will be automatically included in this book.
View Tribute Book
Services for Scott Kline
There are no events scheduled. You can still show your support by planting a tree in memory of Scott Kline.
Plant a tree in memory of Scott