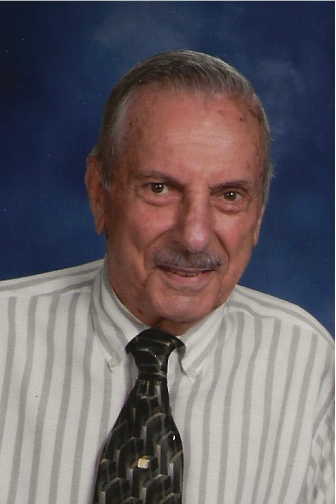 Obituary of Richard A. Judy

Please share a memory of Richard to include in a keepsake book for family and friends.
View Tribute Book
Richard "Dick" A. Judy died peacefully at the Levine Dickson Hospice House in Huntersville, NC on November 20, 2018 at the age of 87. Born in Lucinda, PA on May 22, 1931, he was the son of the late Jerome J. Judy Sr. and Irene P. (Schmader) Judy. Dick is survived by his daughters: Susan Reynolds and her husband Eric of Huntington Beach, CA; Donna Goff, of Pineville, NC; and Karen Willis and her husband Scott of Charlotte, NC; his grandchildren: Jane and Christopher Reynolds, Joshua and Jeremy Goff, and Elliot Jane Willis; his brother: Jerry Judy and his wife Donna of Lucinda, PA; and many nieces and nephews. His parents, his wife Virginia, his daughter Jane, and his brothers and sisters (Ralph, Grace and Ruth) precede him in death. He graduated from St. Joseph School in Lucinda, PA and in 1952 joined the Army during the Korean War. After completing leadership training, he was assigned to guard the German border. He was a proud veteran and was honorably discharged in 1954 at which time he returned home to Lucinda where he worked at Schmader Lumber. He married the late Virginia "Ginny" E. Zacherl in 1957 and they resided in Lucinda, PA and raised their 4 daughters there. After they were married, Dick began his career in the mobile home industry. He ended his career when he retired from Astro Manufacturing after many years as their Production Manager. After his retirement, he served on the North Clarion School Board for several years. He was also a member of St. Joseph Catholic Church, the American Legion, the Knights of Columbus and the VFW. Dick and Ginny moved to Charlotte, NC in 2015 to be near their family. Dick was a friend to many and was known as kind, giving, and generous. He loved his family, community and his church where he was a faithful volunteer and usher. He loved nature and was an avid hunter and founding member of the Antler Club in Lucinda, PA. He always had a story to share of his hunting and working days and enjoyed "solving the problems of the world" with the guys at Kelly's Breakfast Club. Family and friends will be received on Sunday, December 2nd, 2018 from 2:00 pm to 4:00 pm at Borland-Ensminger Funeral Home at 32936 Route 66 in Leeper, PA. A Mass of Christian Burial will be held on Monday, December 3rd, 2018 at 10:00 a.m. at St. Joseph Catholic Church in Lucinda, PA with the Rev. Joseph Czarkowski, pastor, as celebrant. Interment will follow in the church cemetery with a luncheon to follow at the Church Hall. All are welcome to attend and celebrate Dicks's life and share memories with friends and family. In lieu of flowers, those wishing to contribute in Dick's memory may do so to: St. Joseph Church and School, 72 Rectory Lane P.O. Box 9, Lucinda, PA 16235 Or Hospice & Palliative Care Charlotte Region, PO Box 470408, Charlotte, NC 28247
To send flowers to the family or plant a tree in memory of Richard Judy, please visit Tribute Store
Sunday
2
December