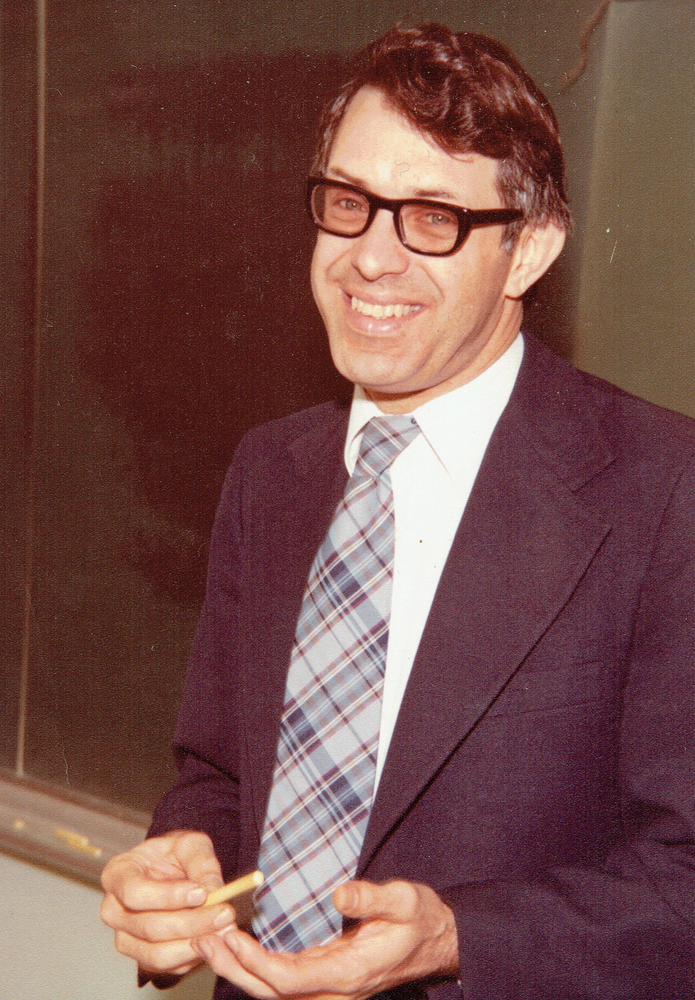 Please share a memory of Edward to include in a keepsake book for family and friends.
View Tribute Book
Edward J. George, 76, of Lucinda, PA, died on Wednesday, November 14, 2018. Born June 17, 1942, he was the son of the late Warren "Bud" and Frances Aaron George. He grew up in Frogtown, PA, where he was a parishioner of St. Nicholas Church in Crates. He graduated from Clarion-Limestone High School and earned a B.S in Education at Clarion State College, followed by an M.S. in Mathematics at Pennsylvania State University. He was a very dedicated and enthusiastic math and chemistry teacher for many years at Clarion Area High School and was an active member of the PSEA. In addition to teaching, he worked for Smathers Real Estate as a salesman and broker. A former athlete himself, Ed did much to encourage the athletic endeavors of others as an official and referee, particularly for Track and Field. In addition to local school and college meets, he Officiated the state track meet, which was one of his highlights each year. He was a member of St. Joseph Church and Parish in Lucinda, where he served as a Eucharistic Minister, Knights of Columbus Grand Knight, and volunteered at many other functions. He was outdoors whenever possible – hiking, biking, cross country skiing, and sledding. He also loved dancing. He loved to travel with his family or to Track & Field Meets and Chemistry Conventions around the country. He loved his God, his family and his work. After surviving a major stroke twenty years ago, he remained active in many activities: enjoying time outdoors, playing games and more. He was especially fond of his grandchildren and spent many happy hours with them. On June 24, 1967, he married Ruth O'Neill, who survives, at St. Joseph Church, Lucinda. Together they had nine adventurous children, Kathleen (Jodi) of Portland, OR, Terrence (Tamara) of Leechburg, ej (Aaron) of Trumansburg NY, Maura of Shippenville, Brendan of Quakertown, Barbara (Edward) of Youngstown, OH, Ryan (Rachel), of Summerville, Donovan (Laura) of North Wales and Lauren (Adam) of Shippenville. He is also survived by sixteen grandchildren: Joseph, Zachary, Caleb and Hannah George; Taidgh and Cian Dennis George; Max, Trinity, Jordan, Jasmine and Noelle Thompson; Colby and Caiden George; and Wyatt, Harrison, and Amelia George. He is also survived by his sister Kathryn (Kate) Klimek, many cousins, several brothers and sisters in law and numerous nieces and nephews and great nieces and nephews. Preceding him in death were his parents, parents-in-law Peter and Margaret O'Neill, several brothers-and sister-in-law, and a nephew. Family and Friends will be received at the Borland-Ensminger Funeral Home in Leeper on Saturday evening from 6 to 8 and on Sunday afternoon from 2 to 4. A Mass of Christian Burial will be celebrated on Monday, November 19, at 10 AM at St. Joseph Church, Lucinda, with Rev. Joseph Czarkowski, Pastor, as celebrant. Interment will follow in the church cemetery. Memorials may be made in his honor to St. Joseph School or Special Olympics. Special thanks to all the Caregivers who helped him during the years, making it possible for him be home so long.
To send flowers to the family or plant a tree in memory of Edward George, please visit Tribute Store
Saturday
17
November