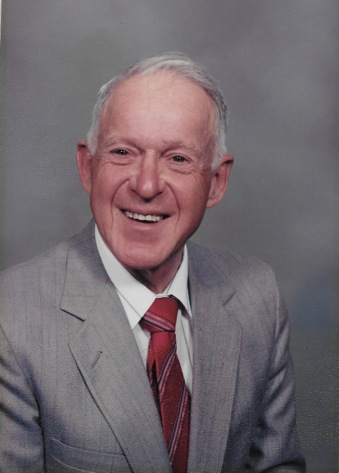 Please share a memory of Richard to include in a keepsake book for family and friends.
View Tribute Book
Richard (Rich) A. Bauer, 91, of Deckerville, Michigan and Lucinda native died Monday afternoon January 8, 2018 at St. Mary Medical Center, Saginaw, Michigan. Born October 1, 1926 in Lucinda, son of the late Aloysius (Lewey) and Rocelia Clara Slater Bauer. He was married to the former Margaret E. Gatesman on October 23, 1954 at St. Joseph Church in Lucinda. She preceded him in death December 29, 2017. He was a private 1st class in the U.S. Marines during World War II from December 4th, 1944 to November 19th, 1946. He then joined the U.S. Air Force and was a corporal from February 11, 1948 to July 11, 1950. He worked in fire protection and was a sprinkler fitter all his life until his retirement on June 30, 1989. He attended Holy Apostles Parish in Ruth, Michigan. He was accomplished at woodworking and enjoyed deer hunting. Mr. Bauer is survived by one daughter and three sons: Juliana Roberts of Shelby Twp., Michigan; Stephen Bauer and wife Florence of Romeo, Michigan; Bernard Bauer of Deckerville, Michigan; and Timothy Bauer and his wife Heidi of Rochester Hills, Michigan. He is also survived by one sister and one brother: Sr. Elizabeth Bauer, OSF of Pittsburgh, PA and John Bauer and wife Patricia of Lucinda. He is survived by seven grandchildren: Matthew and Michael Roberts, Christina Lazzara, Andrew, Patrick, Josephine (Josie), and Madelyn (Maddie) Bauer and four great grandchildren and several nieces and nephews. In addition to his parents and wife, Mr. Bauer was preceded in death by four brothers and one sister: Cyril J., David, Paul, and Donald Bauer, Grace Pabst. Friends and family may call from 2-4 and 6-8 Thursday January 11, 2018 at the Borland-Ensminger Funeral Home, Inc. in Leeper, PA. Military Honors will be accorded by the American Legion Post 66 on Thursday January 11, 2018 at 2:00PM. Mass of Christian burial will be celebrated at 10:00 AM January 12, 2018 at St. Joseph Church in Lucinda, PA with Rev. Joseph Czarkowski pastor, as celebrant interment will follow in the church cemetery.
To send flowers to the family or plant a tree in memory of Richard Bauer, please visit Tribute Store
Thursday
11
January

Share Your Memory of
Richard
Upload Your Memory View All Memories
Be the first to upload a memory!
Share A Memory
Send Flowers
Plant a Tree