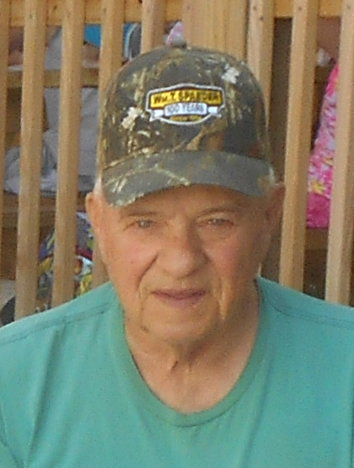 Please share a memory of Kenneth to include in a keepsake book for family and friends.
View Tribute Book
Kenneth G. (Ken) Hetrick, 73, of Leeper, died Tuesday night, August 29, 2017, at Butler Memorial Hospital after a short illness. Born July 22, 1944 in Leeper, he was the son of the late Rolland K. and Regina Thelma Foy Hetrick. He married the former Christina E. Watkins on October 12, 1963 at St. Mary's Church in Crown, and she survives. Ken worked for Stiles Coal Company and then worked at Marienville Glass Plant. In recent years, he worked as a carpenter and at Borland Funeral Home, Inc. in Leeper. He also worked part-time for Farmington Township. He was a member of the Lucinda Antler Club and a 56 year, lifetime member, of the Farmington Township Volunteer Fire Department and Fire Police. Most days, Ken could be found working around the fire company and was past chairman of the "chicken barbeque" and always helped with the gun raffle. Ken enjoyed hunting, gardening, deer processing and spending time with his family and friends. He also enjoyed his morning coffee at the Sawmill Restaurant in Leeper. In addition to his wife, Ken is survived by a daughter, Robin Dupy and her husband, Keith of East Berlin, PA and 3 sons: Timothy Hetrick and his wife, Angela of Shermansdale, PA; Kenneth Hetrick, Jr. and his wife, Jennifer of Miola and Christopher Hetrick of Miola. In addition he is survived by 10 grandchildren: Mike, Kristi, Alyssa, Wesley, Korine, Lindsey, Caleb, Madison, Paige and Myia. He is also survived by 6 great grandchildren: Haley, Peri, Peyton, Gemma, Edward and Jackson and a number of nieces and nephews. In addition to his parents, Ken was preceded in death by 2 brothers: Rollin Hetrick and Donald Joseph Hetrick. Friends and family may call on Friday, September 1, from 2:00 – 4:00 and 6:00 – 8:00 p.m. at the Borland Funeral Home, Inc. in Leeper. A funeral service will be held on Saturday at 10:00 a.m. at the funeral home, with Rev. Christopher Barnes of St. Mary's Church in Crown, officiating. Interment will be at St. Mary's Cemetery. The family suggests memorial donations be made to the Farmington Township Volunteer Fire Department or the Lucinda Antler Club.
To plant a beautiful memorial tree in memory of Kenneth Hetrick, please visit our Tree Store

Look inside to read what others have shared
Family and friends are coming together online to create a special keepsake. Every memory left on the online obituary will be automatically included in this book.
View Tribute Book
Services for Kenneth Hetrick
There are no events scheduled. You can still show your support by planting a tree in memory of Kenneth Hetrick.
Plant a tree in memory of Kenneth

Share Your Memory of
Kenneth
Upload Your Memory View All Memories
Be the first to upload a memory!
Share A Memory
Plant a Tree