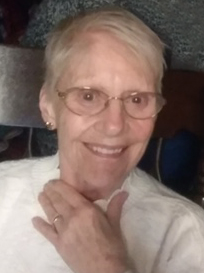 Please share a memory of Donna to include in a keepsake book for family and friends.
View Tribute Book

Donna Marie Hall, 77, of Tionesta, died at her home on Friday, August 4, 2017, surrounded by her family, after a long battle with cancer. Born October 19, 1939 in Warren, PA, she was the daughter of the late Clarence and Edith Hildum Aaron.

Donna graduated from Farmington High School.  She was the owner of the Hallway Gift Shop in Newmansville.  She was a talented artist and avid gardener.  She will be missed by her family and her many friends throughout the community.

Donna was preceded in death by her parents, Clarence and Edith Aaron.

There will be no public visitation and interment will be at the convenience of the family.  A Mass of Christian Burial will be celebrated on Tuesday, August 8, at 10:00 a.m. at St. Mary’s Church in Crown with Father David Renne as celebrant.  All are welcome.

To send flowers to the family or plant a tree in memory of Donna Hall, please visit Tribute Store
Tuesday
8
August

Share Your Memory of
Donna
Upload Your Memory View All Memories
Be the first to upload a memory!
Share A Memory
Send Flowers
Plant a Tree