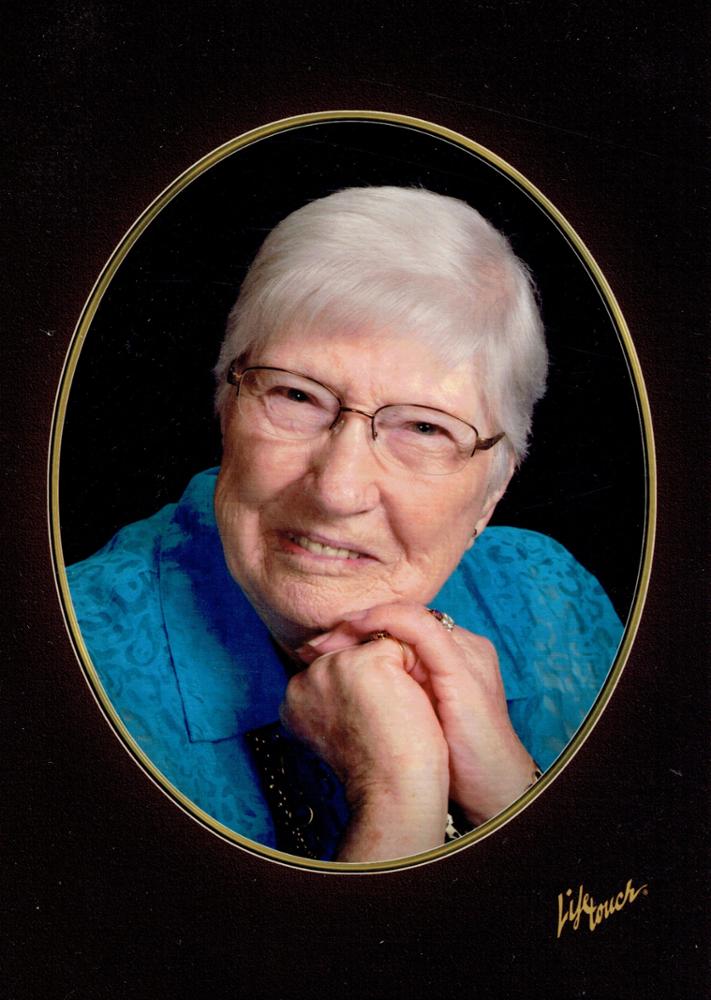 Please share a memory of Evelyn to include in a keepsake book for family and friends.
View Tribute Book
Evelyn J. Reisinger, 90, of Lucinda, died Wednesday, March 22, 2017, at her daughter's home where she had been living. Born February 19, 1927, in Inverness, Florida, she was the daughter of the late Douglas J. and Sadie J. Harden Mills. She married Raymond C. Reisinger on April 21, 1945 in Inverness, Florida, and he preceded her in death on April 9, 2000. Evelyn was a homemaker. She was a member of St. Joseph Catholic Church in Lucinda. She enjoyed reading, sewing and taking care of her flowers. She enjoyed going back to Inverness, Florida with her husband for many years. She is survived by 3 sons and one daughter: Michael Reisinger and his wife, Priscilla of Floral City, Florida; Ray Reisinger and his wife, Sandi of Lucinda; Jane Wilson and her husband, Roger of Lucinda and Eugene (Skeeter) Reisinger and his wife, Coke of Lucinda. She is also survived by a sister, Geneva Clayton of Lake City, Florida. In addition, she is survived by 11 grandchildren: Michael, Lee and Dawn Reisinger, Becky Trimpey, Rhonda Allen, Shaun Reisinger, Mandy Heasley, Jess Voller, Jared Reisinger, Nick Reisinger and Kayla Siegel. She is also survived by 21 great - grandchildren and a number of nieces and nephews. In addition to her parents and husband, Evelyn was preceded in death by a sister, Theresa Rogers and a brother, Thomas Mills. A special thanks to Patty Ochs for taking care of our mother for the last two years. A Mass of Christian Burial will be celebrated on Saturday, March 25, 2017 at 10:00 a.m. at St. Joseph Catholic Church in Lucinda with Rev. Joseph Czarkowski, pastor, as celebrant. Interment will follow in the church cemetery. The family requests donations be made to Clarion Forest VNA Hospice or the Parkinson's Association.
To send flowers to the family or plant a tree in memory of Evelyn Reisinger, please visit Tribute Store
Saturday
25
March