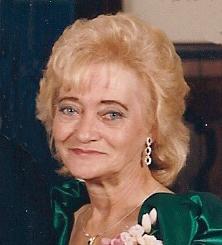 Please share a memory of Evelyn to include in a keepsake book for family and friends.
View Tribute Book
Evelyn Mae Dunkle, 76, of Cooksburg, died early Sunday morning, October 30, 2016, at her home after a long illness. Born August 16, 1940 in Tionesta, she was the daughter of the late Alva and Luella Dashner Sliker. She was married to Gerald W. Dunkle on July 24, 1965, at Washington United Methodist Church, and he survives. Evelyn began her life as a domestic engineer(House Wife) and then entered the work force beginning with Pop-In Maid Service in the early 1980's, followed by cleaning the Army Reserve Center, Knox , Kane Kinzua Rail Road, then retiring from Hardware Designers Incorporated in Marienville. In addition to her work, Evelyn served as a PTA Mom, Den Mother, Girl Scout Advisor, and long- time member of Eastern Star where she was a 3 time Worthy Matron. Evelyn was selfless with a heart of gold and gave of her time often and freely to help others and to raise money for charities including having a carnival in her own yard. She had a true zest for life and faithfully attended her sons' ball games, her daughter's Paton twirling performances, grand children's horse and 4H competitions and was so expressed by her children as being their all- around favorite chauffer. She enjoyed playing many games, both indoor and out, and putting together countless puzzles, even the hard ones. She loved to dance, watch scary movies and the Lifetime Channel, along with collecting state quarters for all her children. Evelyn would give anything within reason a try. She enjoyed camping, building forts, and shopping with her grandchildren and was often a bigger kid than they were. Evelyn was a true friend to many and could always be counted on as a kind ear to listen or a shoulder to cry on. Her children say she was "THE BEST MOM EVER". She was loved by her husband, children, grand children, great grandchild, daughter-in laws, son-in-law and many friends. She is survived by 3 sons and 1 daughter: James E. Dunkle and his wife, Jennifer of Cullman, Alabama; Brenda Lyn Zimmerman and her husband, John of Cranberry, PA; John Wayne Dunkle and his wife, Janice of Sigel and Rodney Allen Dunkle and his wife, Crystal of Vowinckel. She is also survived by 4 sisters and 2 brothers: Lois Riley of Franklin; Roy Sliker and his wife, Mary of Seneca; Betty Allio and her husband, Russell of Tionesta; Ruth Moore and her husband, Joe of Tionesta; Florence Hatfield of California and Paul Sliker and his wife, Kathy of Tionesta. In addition, Evelyn is survived by 6 grandchildren: Karley Zimmerman, Jaret Zimmerman, Kyle Dunkle, Seth Dunkle, Shay Dunkle and Emily Dunkle and 1 great grandson, Jared Harbinson. She is also survived by a number of nieces and nephews. In addition to her family, Evelyn is also survived by a good friend, Chris Vensel. In addition to her parents, Evelyn was preceded in death by 3 brothers: Earl Sliker, Gerald Sliker and Karl Sliker. A Memorial Service will be held at Cornerstone Church of Clarion at a later date.
To send flowers to the family or plant a tree in memory of Evelyn Dunkle, please visit Tribute Store

Share Your Memory of
Evelyn
Upload Your Memory View All Memories
Be the first to upload a memory!
Share A Memory
Send Flowers
Plant a Tree