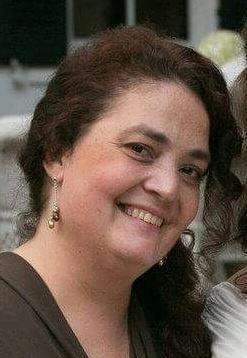 Please share a memory of Tracy to include in a keepsake book for family and friends.
View Tribute Book
Tracy Marie Lauer, 42, of Shippenville, died Sunday, September 11, 2016. Born March 11, 1974 in Clarion, she was the daughter of Connie S. McEntire Henry and the late John R. Henry. She married Steven A. Lauer on October 18, 1997 and he survives. Tracy worked as a caregiver at GoldenLiving Center in Clarion. In addition to her husband, Steven, Tracy is survived by her mother, Connie S. Henry of Shippenville. She is survived by two sons, Ryan Lauer and Noah Lauer, both of Shippenville. She is also survived by 1 sister and 2 brothers: Tammy L. Palmer and her husband, Richard A. of Clarion; Todd W. Henry and his wife, Michele of Bellefonte and Timothy A. Henry of Clarion. She is also survived by 4 nephews: Adam R. Palmer, Josh Henry, Justin Henry and Alex Henry and a great-nephew, Parker E. Flahart. In addition, Tracy is survived by her mother and father-in-law, Ronald and Janet Lauer of Lucinda. Tracy was preceded in death by her father and maternal grandparents, William (Gene) and Evelyn Reynolds McEntire of Clarion. Funeral services will be held at the convenience of the family at a later date.
To send flowers to the family or plant a tree in memory of Tracy Lauer, please visit Tribute Store

Share Your Memory of
Tracy
Upload Your Memory View All Memories
Be the first to upload a memory!
Share A Memory
Send Flowers
Plant a Tree