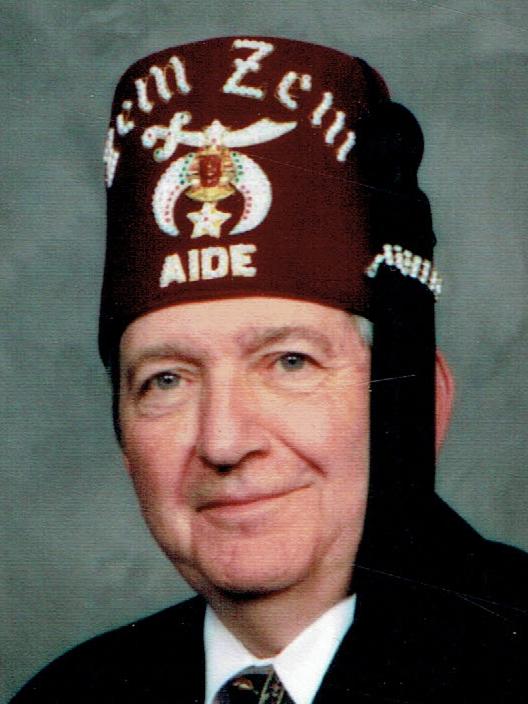 Please share a memory of James to include in a keepsake book for family and friends.
View Tribute Book
James W. Watson, Jr., 75, of Leeper died Friday afternoon, March 18, 2016, of an accidental drowning at the Fryburg Sportsman's Club Farm. Born August 4, 1940, in Scotch Hill, he was the son of the late James and Gladys Bush Watson, Sr. Mr. Watson was a graduate of Clarion Area High School. He first worked for Winscot, Inc. and then for Clarion Borough as Street Department Supervisor from where he retired after 29 years of service. Mr. Watson was a member of the Scotch Hill United Methodist Church, Clarion Masonic Lodge No. 277 F. & A.M., Coudersport Consistory, Royal Arch Chapter Royal Order of Jesters Court 58 of Erie, Zem Zem Shrine in Erie, Past President and Past Secretary of Clarion County Shrine Club, and Past President and Past Captain of Clarion County Trykes. He was also a member of Mid Atlantic Shrine Association, Camel Herders Stable 44 of Erie, Hillbilly Clan of Erie and several other area Shrine Clubs. He also was an aide to several potentates of Zem Zem Shrine, current director of Fryburg Sportsman's Club, current president and caretaker of Scotch Hill Cemetery, a social life member of Clarion American Legion Post 66, a charter member of Fraternal Order of Eagles Aerie 3807 of Clarion, a member of Clarion Moose Lodge 101, and Legion of the Moose He enjoyed NASCAR racing, golf and the great outdoors. Mr. Watson was married June 12, 2002 in Snow Hill, Maryland to the former Sheila Deitz, who survives. In addition to his wife he is survived by a son, James D. Watson; three daughters, Elizabeth "Libby" Wasser, Jodi Moody, and Debbie Sage; a step-daughter, Pauline Shaffer of Clarion; and several nieces and nephews. In addition to his parents he was preceded in death by a brother, Charles D. Watson, in 1962 and a sister, Delores Stahlman Stillings in 2012. Friends and family will be received on Monday, March 21, from 2 – 4 & 6 – 8 at the Borland Funeral Home, Inc. in Leeper. Additional visitation will be held on Tuesday, March 22 from 10:00 a.m. – 11:00 a.m. at the Scotch Hill United Methodist Church with a funeral service to follow at 11:00 a.m. with Rev. Andy Blystone, pastor of the church, officiating. Interment will follow in the Scotch Hill Cemetery, Farmington Township. In lieu of flowers, the family suggests memorials be made to Zem Zem Hospital Transportation Fund, 2525 West 38th Street, Erie, PA 16506 or a charity of one's choice.
To send flowers to the family or plant a tree in memory of James Watson, please visit Tribute Store
Monday
21
March