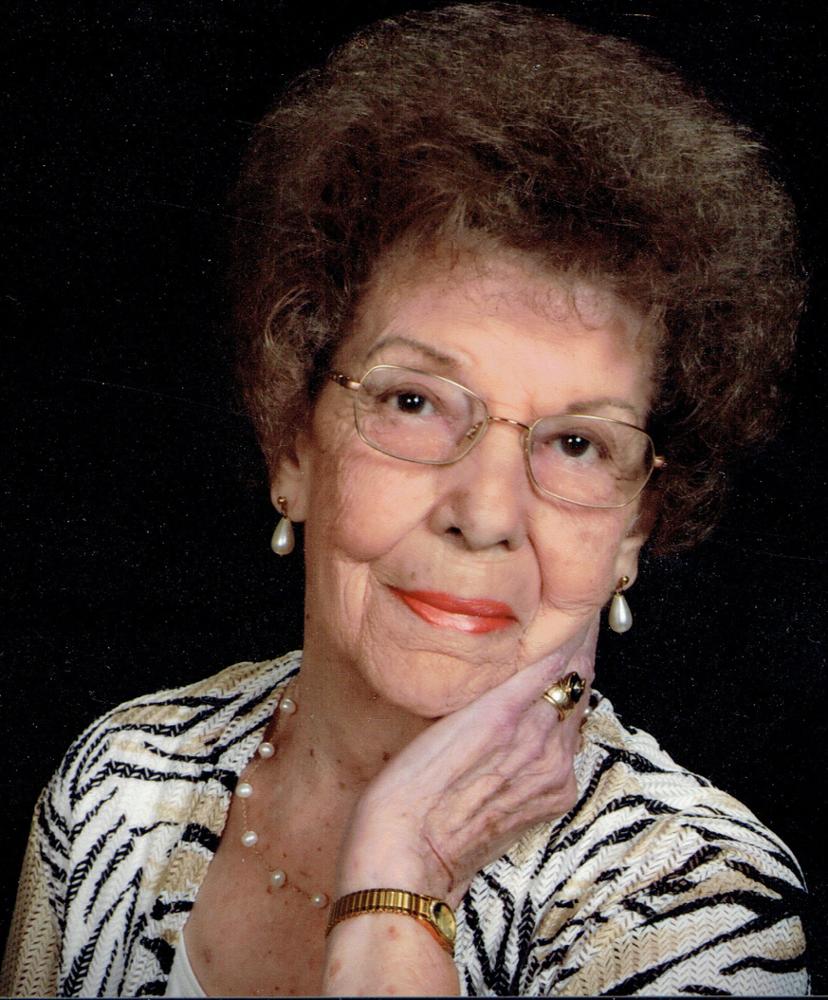 Please share a memory of Lucille to include in a keepsake book for family and friends.
View Tribute Book
Lucille M. (Toodle) Collett, 90, of Snydersburg, died late Thursday afternoon, February 4, 2016 at GoldenLiving Center in Clarion. Born October 27, 1925 in Snydersburg, she was the daughter of the late Leonard F. and Charlotte C. Schmader Wolbert. She was married to Robert C. Collett, Sr. on May 7, 1947 at St. Joseph Catholic Church in Lucinda by Father William Holl and he preceded her in death on November 19, 2009. Toodle attended St. Joseph School in Lucinda. She was a lifetime member of the church and a member of the Rosary Society. She was a waitress in local restaurants for many years and was a homemaker. Bingo and working crossword puzzles were a couple of her favorite past times. "Days of Our Lives" could not be missed. She enjoyed spending time with her family, playing cards or dice and watching the Pirates. She also loved fishing and going to Salamanca. Toodle is survived by a daughter, Victoria "Vicki" L. Piper and her husband, Walt of Tylersburg; and 2 sons, Robert "Bob" C. Collett, Jr. and his wife, Marty and Gary J. Collett and his wife, Bridget, all of Lucinda. She is also survived by a brother, Edwin Wolbert and his wife, Betty of Snydersburg. In addition, she is survived by 7 grandchildren: Doug Oyler and Shelly of Erie; Keith Oyler and his wife, Georgia of Lucinda; Kelly Hart and her husband, Billy of Cranberry; Christy Sample and her husband, Jason of Sandy Lake; Katie Driscoll and her husband, Will of Virginia Beach, VA; Nicole Deitz of Lucinda and Brandon Collett and his wife, Shelby of Shippenville. She is also survived by 9 great-grandchildren: Logan and Kierra Oyler, Blake and Brooke Hart, Brayden and Riley Sample, Nathan and Sarah Deitz, William "Liam" Driscoll and Baby Collett due in the spring. In addition to her parents and husband, Toodle was preceded in death by a great-grandson, Zackary Oyler; 5 brothers, Gerve, Claude, Vince (Bint), Roy and Leonard Wolbert and 3 sisters, Mercedes Weaver, Shirley Zacherl and Jane Zerbe. Friends will be received from 1:00 p.m. – 5:00 p.m. on Sunday, February 7 at Borland Funeral Home, Inc. in Leeper. A Mass of Christian Burial will be celebrated 10:00 A.M. Monday, February 8, at St. Joseph Catholic Church in Lucinda with Rev. Joseph Czarkowski, pastor, as celebrant. Interment will follow in the church cemetery. The family suggests memorial donations be made to St. Joseph Church, P.O. Box 9, Lucinda, PA 16235 or Clarion-Forest VNA, 271 Perkins Road, Clarion, PA 16214.
To send flowers to the family or plant a tree in memory of Lucille Collett, please visit Tribute Store
Sunday
7
February