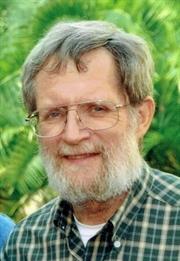 Please share a memory of Donald to include in a keepsake book for family and friends.
View Tribute Book
Donald E. Stitely, 67, of Vowinckel died late Thursday night, December 3, 2015 at Snyder Memorial Nursing Home in Marienville, after an extended illness. Born September 9, 1948 in Johnstown, he was the son of the late Leonard T. and June B. (Miller) Stitely. He married the former Diana K Miller on July 10, 1971 in Jenners, PA, and she survives. Don retired from Cook Forest State Park after 28 years of services. He formerly worked at Laurel Mountain Ski Slopes before coming to Cook Forest. He was a member of Tylersburg United Methodist Church. He enjoyed hunting, fishing, spending time with his family and walking in the woods. Mr. Stitely is survived by a daughter, Stephanie Hauserman and her husband, David of Cooksburg. He is also survived by a brother, Larry Lee Stitely of Laughlintown, PA; a niece, Missy Anderson and her husband, Tim of Stoystown, PA and a granddaughter, Emily Hauserman of Cooksburg. In addition to his parents, Don was preceded in death by his son, Forrest Stitely, daughter-in-law Susan Stitely and 2 granddaughters, Megan and Brooke Stitely. Friends may call on Monday, December 7, from 2 - 4 &amp; 6 - 8 at the Borland Funeral Home, Inc. in Leeper. A funeral service will be held on Tuesday, December 8, at 11:00 a.m. at the funeral home with Rev. Jonathan Bell, pastor of Good Shepherd United Methodist Church, officiating. The family requests donations be made to the Alzheimer's Association at alzfdn.org.
To send flowers to the family or plant a tree in memory of Donald Stitely, please visit Tribute Store
Tuesday
8
December