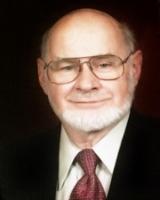 Mr. Fred Howard Slocum, 75, of Gilmer passed away on Monday, August 24, 2015 in Gilmer, Texas. He was born in Cooksburg, Pennsylvania, the son of Roy Allen and Violet Rose Slocum on June 7, 1940. Fred graduated from high school at the top of his class and attended Clarion University in Clarion, Pennsylvania. He was employed by Robroy Industries for 46 years as an industrial engineer, during which time he received several patents. Mr. Slocum was a member of the First United Methodist Church and a former member of the Undercliffe Volunteer Fire Department. Fred enjoyed working with his friends and neighbors on community projects and was known for creating movement on civic and school Yamboree floats for many years. He also built a race car that won the season championship at a speedway near Pittsburgh, Pennsylvania. Fred enjoyed hunting, fishing, auto races, antiquing and spending time on the family farms in Pennsylvania and Texas. Mr. Slocum is survived by his wife of 49 years, Betty of Gilmer; daughter, Julie Slocum of Arlington, Virginia; son, Jeffrey Slocum and daughter, Sarah Slocum both of Gilmer; brother, Thomas Slocum and his wife, Amy of Everett, PA and sister, Helen Reid and her husband, Jim of Pittsburgh, PA. He was preceded in death by his parents; his son, Mark William Slocum and brother, David Slocum. The family will receive friends at Croley Funeral Home in Gilmer, Texas from 6:00 until 8:00 p.m. on Thursday, August 27, 2015. Funeral services will be held at 11:00 A.M. on Monday, August 31, 2015, at Borland Funeral Home in Leeper, PA with Jonathan Bell officiating. Visitation will be held on Sunday, August 30, 2015, at the funeral home from 4:00 until 6:00 P.M and on Monday, August 31 from 10:00 A.M until service time. Memorial contributions may be made to the Historic Upshur Museum, 119 Simpson St., Gilmer, Texas 75644.